NEW YORK – March 2, 2017 – As North American hoteliers progress through the early months of 2017, the pace of new bookings is flat with new February reservation commitments at -0.8 percent. However, average daily rates (ADR) for the first and second quarters of 2017 are showing signs of growth across all travel segments, according to new data from TravelClick’s February 2017 North American Hospitality Review (NAHR).

“Even though only 44 percent of North American markets are showing committed occupancy* increases compared to a month ago, ADR is growing in 21 of the top 25 North American markets, up 2.6 percent based on reservations currently on the books,” said John Hach, TravelClick’s senior industry analyst. “Additionally, both group and transient rates are experiencing an uptick of 3.4 percent and 2.4 percent, respectively compared to last year.”

“As hoteliers move into the second quarter of 2017, it’s important to keep the following tactics top-of-mind to ensure that they stay ahead of the competition moving forward – maximizing their online presence, promoting their properties across all channels and leveraging business intelligence to maximize revenue per available room (RevPAR) within local markets,” added Hach. “All of these proactive marketing initiatives will allow hoteliers to push through the flattening booking pace and stay strong well into the remainder of the year.”

The February NAHR looks at group sales commitments and individual reservations in the 25 major North American markets for hotel stays that are booked by February 1, 2017, from the period of February 2017 – January 2018. 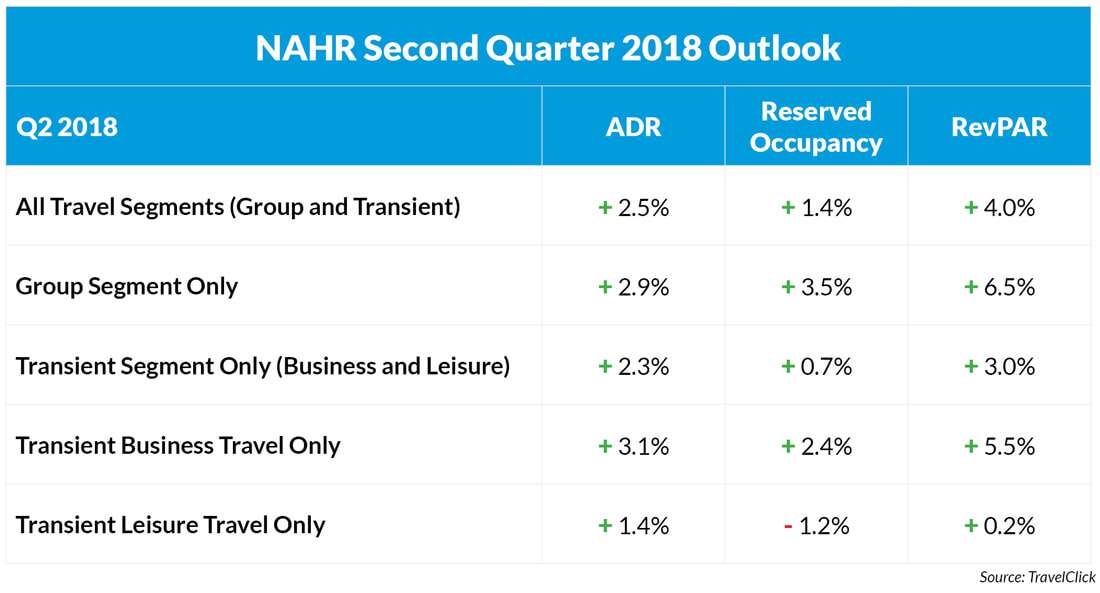